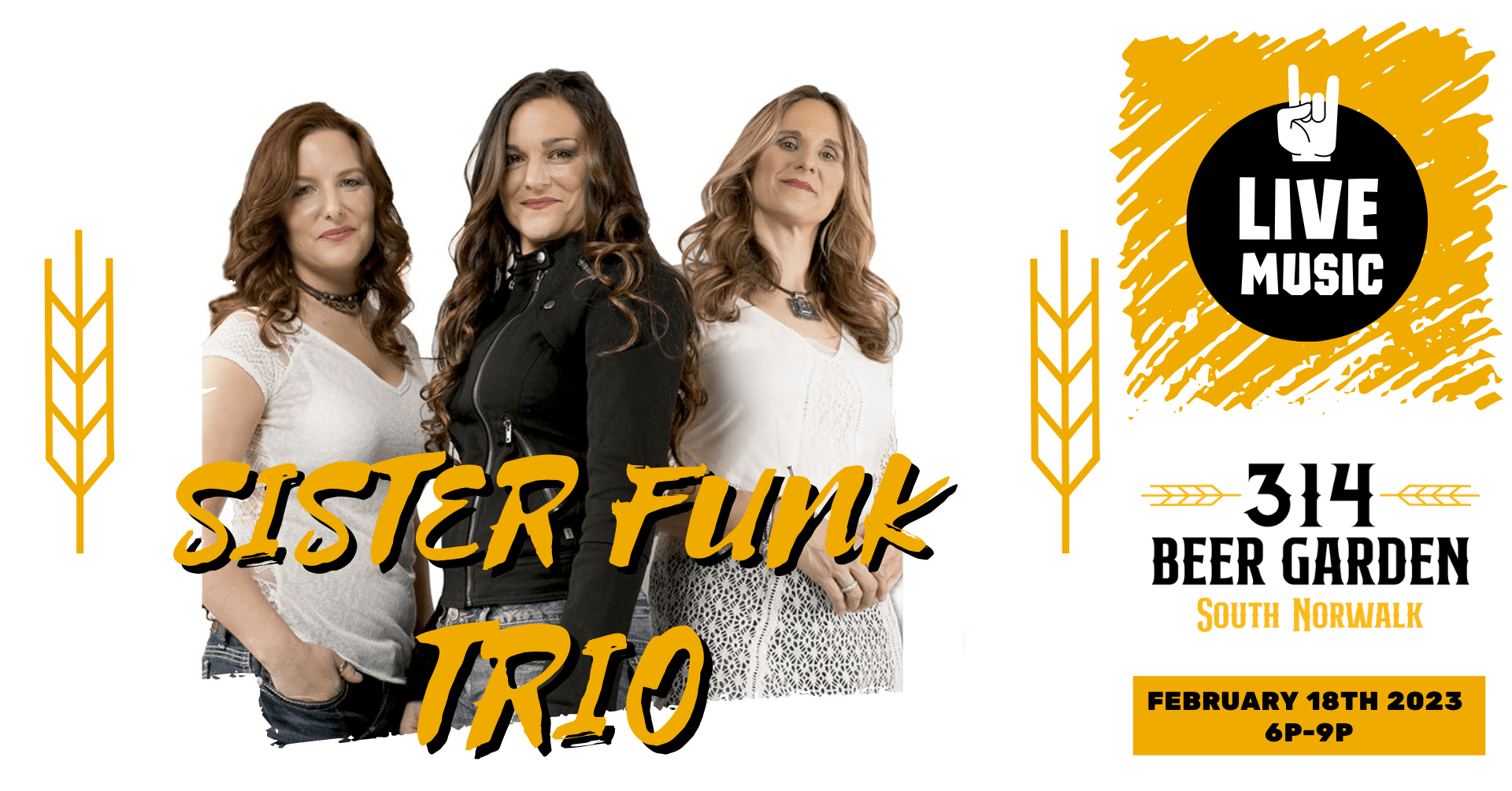 Sister Funk is a New Haven based, female band who has been performing on a regional basis for 20 years. They will be performing for this night as a trio.

They are CT natives who have been sharing stages with some of the nation’s biggest names in music: ZZ Top, Foreigner, Melissa Etheridge, B 52’s and more. Do they play funk? Not in the true sense but more in line with rock-country, folk-pop with a blues dance groove.

Sister Funk has been nominated for many awards and titles: Best Rock band- The Advocate, Best Rock Song- New England Music Awards and has had their song “Gone” was #1 for 15 consecutive weeks on Sirius Out Q radio Hot Top 10 list, in addition to having their music featured in hundred of radio stations, television and film. Sister Funk performances are known for being unpredictable, as the members play multiple instruments and their renditions of popular cover songs are delivered with their own creative interpretation. Don’t be fooled by the name this dynamic band plays music to please most any age group.