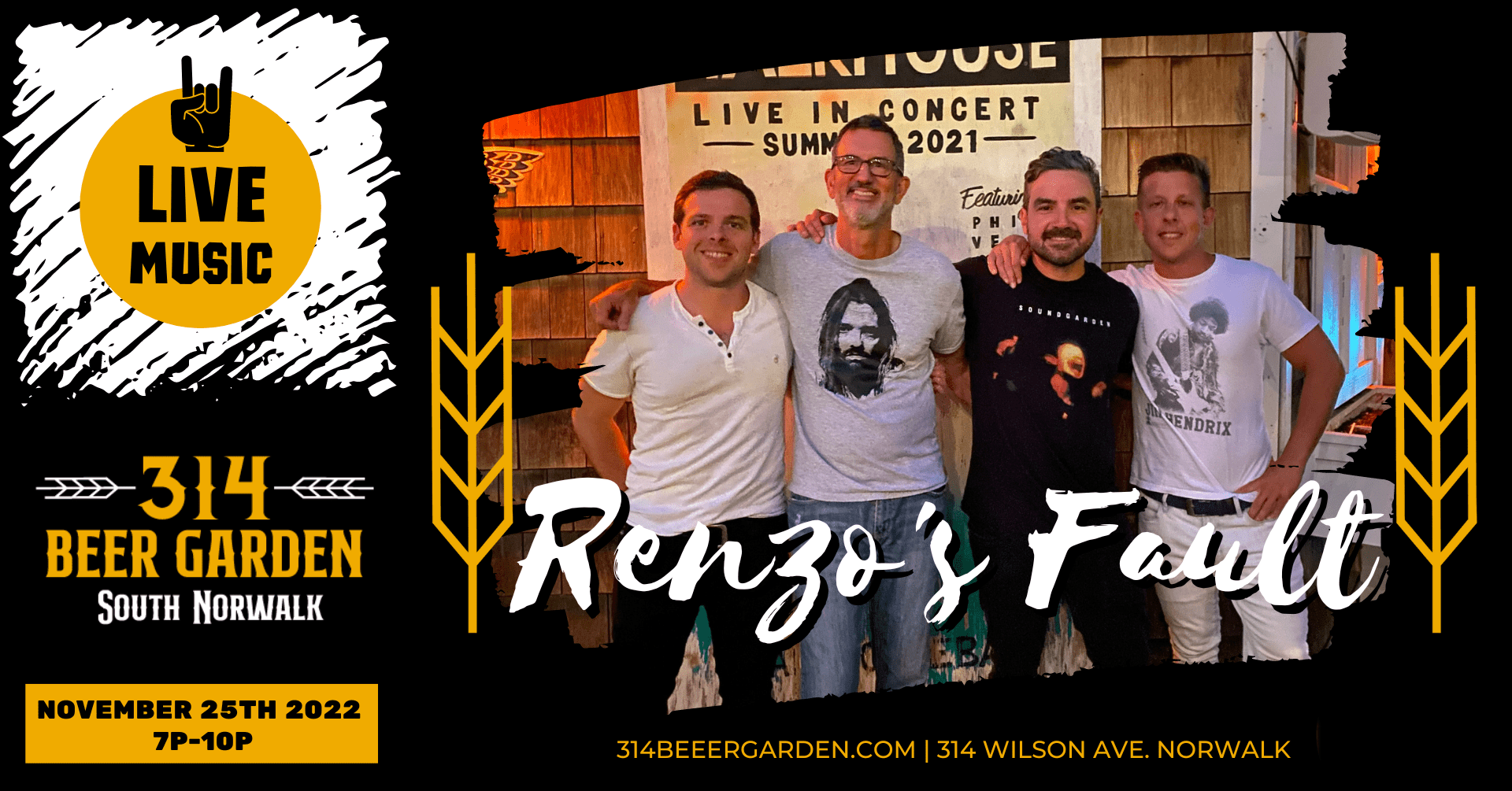 Renzo’s Fault was formed in early 2017 when brothers Scott and Dave decided there wasn’t enough epic
90s rock being played, and that legendary bands like Pearl Jam, Nirvana, Green Day and Foo
Fighters deserved a better place in the cover band bar scene. They joined up with the amazing drummer
Judd McArthur and rock-god guitarist, Renzo Anfossi himself, to rectify this. With a healthy dose of 60s,
70s and recent rock hits laced throughout, Renzo’s Fault features some serious shredding, songs
everyone knows and loves, and some deserved tributes to recent fallen legends of rock. Come out to a
gig, grab a drink, throw your fist in the air, and be thrown back to the simpler times of your high school
or college years